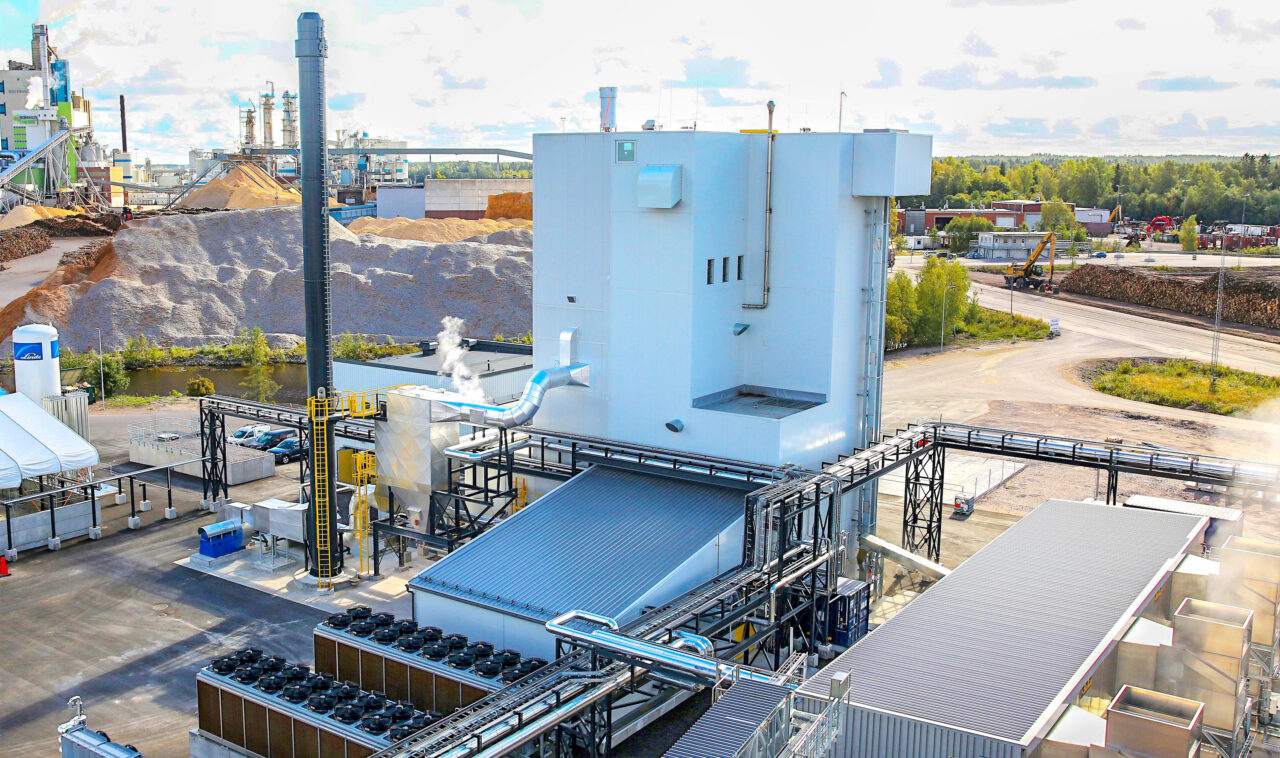 From sawdust to tank

The Swedish joint venture Pyrocell, consisting of the wood industry company Setra and the oil company Preem, will be utilising BTG Bioliquids technology. Construction of the pyrolysis facility has started in 2020 and production in September 2021.

The production plant is built on the company grounds right next to the Kastet sawmill of Setra in Gävle, about 170 kilometres north of Stockholm. The necessary raw material in the form of sawdust is already available eliminating the need for further transport. The oil produced is then processed in Preems refinery in Lysekil, on the Swedish west coast. The plant will convert roughly 35,000 – 40,000 tons of dry wood residues into oil each year. With this produced pyrolysis petrol an equivalent of 15,000 family cars can be powered per year. The biofuel is mixed with other types of fuel – biofuels as well as fossil fuels – resulting in a petrol and diesel that is partly composed of sustainable oil. This ensures that it will comply with the European RED II directive under which, starting in 2020, petrol must contain a certain fraction of renewable energy from sustainable sources such as wind, sun, and biomass.

Send us a message